You can earn crypto prizes by playing NFT games. Earning in-game currency such as digital things associated with characters, outfits, and even plots of land is also an option. In the following guide, we’re taking a closer look at the upcoming NFT games list in 2022 and everything you should know about it.

Make sure that you’ll like the game before deciding on the top NFT games for your needs. Then, check out the in-game awards and NFTs you can get, and decide which one is best for you. In some cases, people will even give away NFTs.

1.RaceFi – A Newly Launched Metaverse Platform That Allows You to Win Crypto Prizes

As part of the RaceFi ecosystem, players can race or control a chunk of the game and earn money. There are NFTs for every part of the game that may be owned, and they are all verifiably owned. It is the first AI/ML racing game in the Solana ecosystem. Using multiple ranked game modes or in-game property, players in RaceFi’s metaverse can gain blockchain games and money.

Even if you’re looking for a pure race or one that fights each other, you’ll have a wide range of options to choose from. players can control and drive the automobile in the PvE mode, where they encounter challenges along the way to win $RCOIN and experience points in a limited amount of time. Fairness and reducing negative effects of real-world environments will be ensured by running a race in PvP mode.

High-ranking players on the leaderboard will receive prizes every three months. Eight racers are allowed in battle mode, which requires players to enhance their cars with battle add-ons. There will be no time restriction or finish line; instead, contestants will continue to assault and compete until only one victorious automobile remains.

Upgrade your car with battle add-ons to be eligible for battle mode. No time limit or finish line; instead, the racers will keep going until only one car remains. There will be a maximum of eight racers each match.

This NFT Play-to-Earn is a new play-to-win game created by a group of four game aficionados who were interested in learning how to play several Metaverse games at different levels. Game made by Unreal Engine using the Solana network for PvP real-time multiplayer action. It’s a fighting game in which players battle across multiple virtual worlds, as the name implies. When you play BOG, you’re in it to win it, and the only way to win is to defeat your opponents and collect rewards.

Playable in multiplayer mode, Polygonum is a survival-simulation game in which players can buy and sell in-game items, establish their own territories and settlements, and mine for precious metals and other resources using real money (POG Coin).

There are three basic areas in the game, which are PVP (player vs player), PVE (exploring the world), and FARM (farming) (farming). With a single server, customers can use a range of devices, such as a PC and a smartphone, to register and log in. Story quests, hunting, fishing, and mining are all available to individuals who enjoy interacting with their surroundings.

As a player, you can participate in the game by capturing territories, battling for them and taking other players’ loot, or constructing barricades together to protect yourself from various threats.It’s easier for farmers who live in peace to focus on improving their farming and tending to their livestock and crops.

For this reason, it was decided that the planet should be divided into sectors, each based on a region’s level of activity. The game’s native currency is Binance Smart Chain, which allows coin holders to engage in the marketplace by buying and selling things and purchasing NFT territories with $POG. 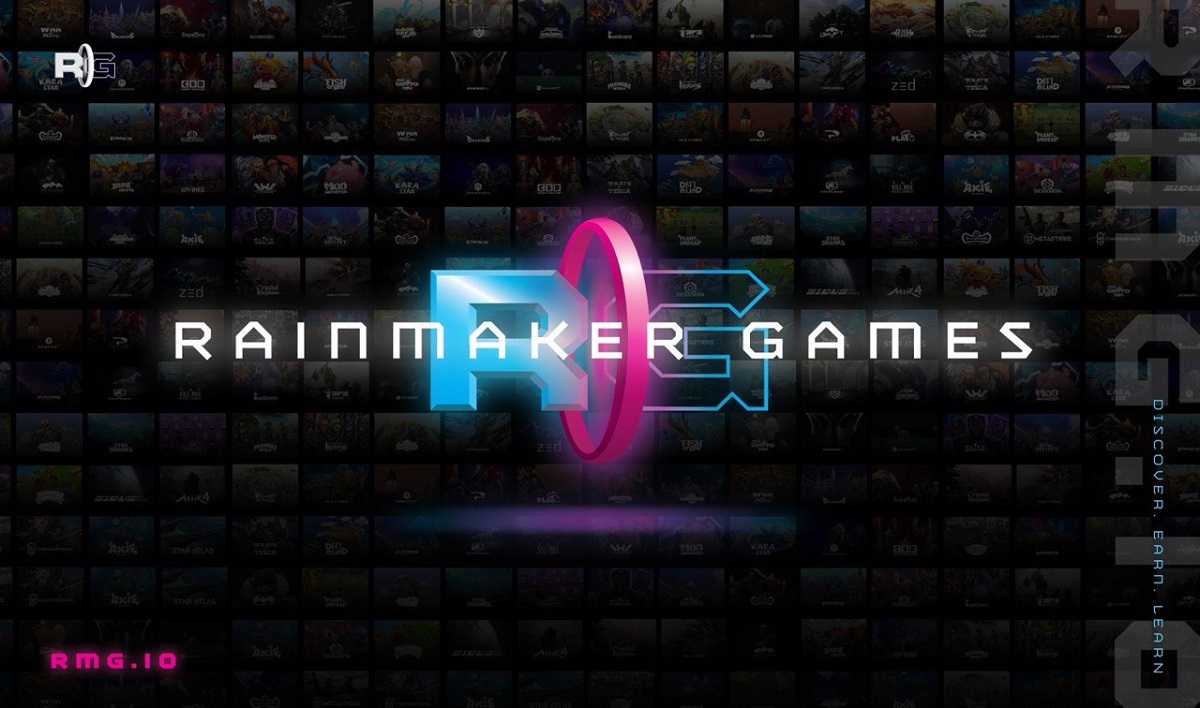 For the purpose of bringing together cryptocurrency and stock market enthusiasts from around the world to compete in blockchain games, Rainmaker has developed a high-skilled fantasy gaming application. Online fantasy trading games can help you learn how to make money in the stock and crypto markets, as well as how to improve your investments and money management techniques.

User incentives are at the core of Rainmaker’s business model, making it a pioneer among fantasy trading platforms. Real-time stock and cryptocurrency markets, as well as exchange data, are used to generate the data needed to make informed decisions. Creating a profile, participating in contests, and playing the game are all simple steps to earning rewards every day.

Based on the legal precedents that constitute a Game-of-Skill, a crypto and stock market fantasy game application has been verified by some of the best gaming law firms in the country.

It employs a well-known bitcoin and stock market fantasy gaming strategy. Real-world crypto fantasy trading and authentic stock market emulation are used to help you win real money. In addition, many more foreign stock and commodities markets will be included in the near future.

Decentraland, for example, uses MANA as its in-game currency. Since most in-game currencies are exchanged on open markets, you can convert your profits to real money. The popularity of play to win games is a result of this.

You can also generate money in a crypto play to win game by minting or purchasing unique NFTs. To do this, you must acquire an NFT that symbolizes anything of value from the game in question. In an adventure game, for example, you might have to defeat other players.

An NFT with the maximum level of strength and power will likely have a high open-market value if you can obtain it. Among the best NFT games is the fact that many of them are free to play. This implies that you can still make money in the real world without jeopardizing any of your own money.

Play to Earn Games: How Do They Operate?

When it comes to the mechanics of playing games that allow you to earn cryptocurrency, the approach is nearly identical in every instance. Here are the basics of NFT crypto games, in case you’ve never heard of them before.

Characters That Can Be Modified

Traditional video games often have a limited selection of characters that you can choose from. NFT games, on the other hand, typically allow you to create your own personalized avatar. As a result, the character can be customized to meet your unique needs.

There Are Numerous No-Cost Games Available

It’s also worth noting that the easiest way to earn games is frequently available for free. As a result, there are no expenses associated with creating an account and customizing your character. To top it all off, you’ll be able to collect NFTs and in-game tokens for free.

Title-earning games, like regular games, typically need players to complete tasks and levels in order to progress. Gaining in-game currency this manner becomes increasingly advantageous as you continue through the game. As a result, the game’s popularity rises as players get more involved with the online community and platform.

Tokens can be earned

A private wallet can usually be used to withdraw in-game crypto tokens you’ve earned. You can then sell your tokens into an established cryptocurrency like Ethereum or BNB after completing this process. A regulated exchange broker can let you convert these well-established tokens into hard currency if you so desire.

New crypto paradigm allows clients to invest money in the blockchain game to secure NFT items. Your inventory or NFT wallet contains these items, which are in demand as more people join the game. You may then sell these items for real money. Profits from NFTs go toward funding the NFT game’s “play to earn” feature, which is available online and offline on mobile devices, consoles, and personal computers.

2.When you’re playing the top NFT games, how do you make money at the same time?

When playing the best NFT games, your financial success is largely determined by the game’s mechanics and the expectations of other players. NFTs or cryptocurrencies you acquire in the NFT game can be exchanged for cash by other players. Your things must be sold at a market, exchange, or auction house in order to gain money.

3. Where can I find the best NFTs?

There are a number of websites that allow users to post an asset and then convert it into a token that can be purchased by others. Decentralized virtual worlds, videogame clips, trading cards and social media memorabilia are all examples of contemporary digital assets in NFT systems. It is possible to find NFTs in nearly anything that can be collected.