The spot trading fees for Terra Classic (LUNC) pairings on leading cryptocurrency exchange MEXC Global have been burned. The corresponding pairs trade for USD Coin (USDC) and USD Tether (USDT). On September 17, 2022, the three-day event that began on September 3 came to a close.

As the first cryptocurrency exchange (CEX) to back the burn tax proposal from the Terra Classic (LUNC) community, MEXC has burned the spot trading fees of LUNC earned on the platform in accordance with our time-limited burn event.

The value of the LUNC tokens that MEXC Global destroyed was about $138,504 at the time of their destruction. An official blog post from the industry-leading cryptocurrency exchange reads:

“MEXC concluded the burning event for spot trading fees of LUNC/USDT and LUNC/USDC.” 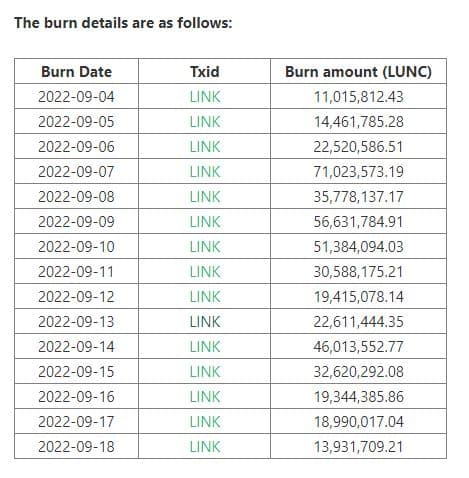 Involvement of the MEXC in the LUNC Burn

However, MEXC initiated a limited-duration burn program for LUNC prior to the activity. LUNC was created to aid Terra’s communal burn initiative.