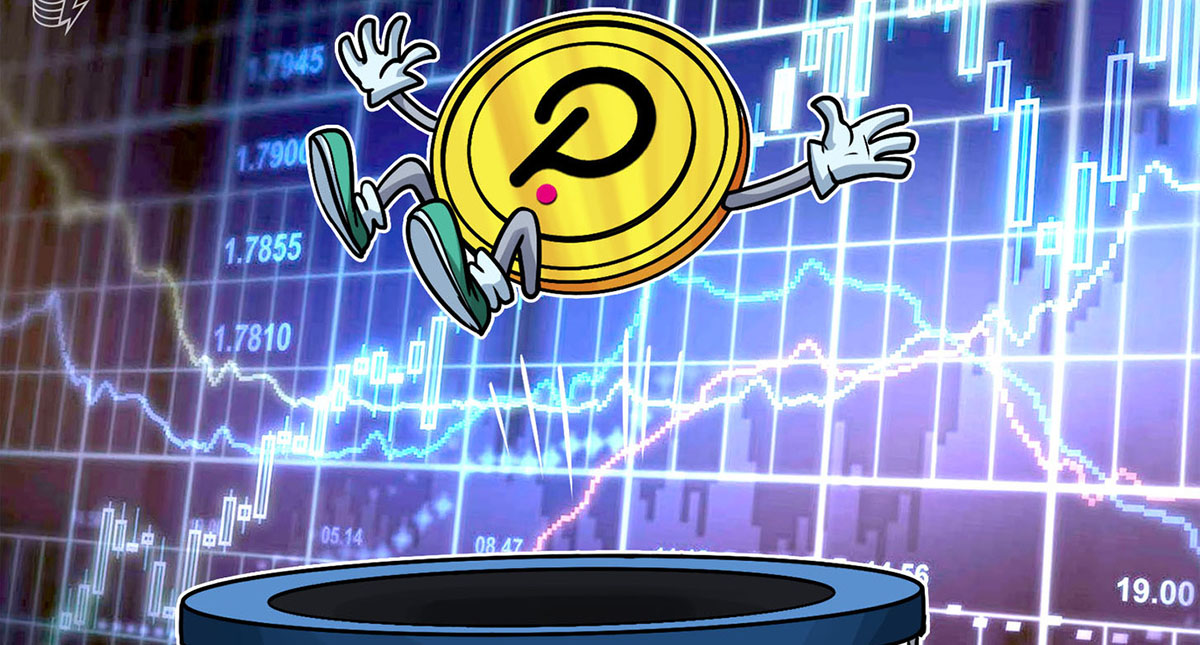 Polkadot (DOT): Everything You Need To Know

At the end of August 2020, Polkadot appeared as a phenomenon that made the crypto market ripple. Polkadot market cap is among the highest in the market, but before that, almost no investor knew what Polkadot was? So what’s so special about the Polkadot project that people are rushing to learn about?

Polkadot (DOT) is a multi-Chain, heterogeneous, and scalable blockchain network technology. This can help connect individual blockchain chains to each other, allowing these components to exchange data across the chain to maximize the resources of the entire ecosystem.

Put simply, Polkadot as a blockchain of many blockchains. This project will help users build their own blockchain on the Polkadot system easily.

What is the problem that Polkadot solves?

Transaction Processing Speed: With a parachain structure (which will be explained later), Polkadot can process up to 1000 transactions per second – this is 10 times the speed on Ethereum.

Reliability of new networks: With new networks, it is difficult to build large communities while mobilizing trust from stakeholders.

Why is Polkadot potential?

The first element is innovative and very innovative technology. This idea has been analyzed quite a bit in the previous sections.

Ecosystem: Polkadot is also building itself an Ethereum-like empire spanning many areas in the DeFi industry such as Acala, Phala, Bifrost, Polkastarter, Moonbeam, or even a wallet ecosystem as notable as Math Wallet, Cobo Wallet, …

Polkadot’s market cap is currently approximately $ 4.5 billion. Meanwhile, a similar blockchain solution, Ethereum, has a market cap of $ 69.7 billion. If you consider Ethereum as a benchmark, it can be said that Polkadot has a large room to continue developing.

Polkadot does not position himself as Ethereum Killer. It can be said that Polkadot’s special feature is positioning itself as a complementary partner for all other blockchain platforms. While many of the names once “loudly” called themselves Ethereum Killer and received bitter ends, Polkadot wanted to be the place where platforms come to connect and collaborate. This is evident in the Bridge feature, bridging with Ethereum itself instead of positioning itself as a competitor.

The DOT token is the internal currency of the Polkadot network.

What are DOT tokens used for?

Governance: Decisions in the network will be based on the proportion of tokens the user holds.

Staking: A user can stake DOT in pools to have the opportunity to receive interest returned regularly.

Fee: When the parachains need to communicate and transfer data with each other, the system will charge the fee in the form of DOT.

Should invest in DOT token (Polkadot) or not?

In order for a project to develop to its full potential as well as maintain the speed of development, it needs a team behind that is both capable and dedicated to the project. Team Polkadot has such members. The head of the project is 3 founders:

With these 3 outstanding names, Polkadot promises to have breakthrough steps in the future.

Partners and investors of Polkadot

In the list of investors of the Polkadot project there are 14 names. Some notable names can be mentioned are: Digital Finance Group, Monday Capital, Ledger VC, …

Not only that, Polkadot is also in the list of 17 projects considering the listing of Coinbase Ventures.

According to the Polkadot homepage, this project affirms that in the coming time, it will be development oriented to provide the most powerful platform for security, scalability, and interoperability. Polkadot will launch the genesis block in mid-2020 with a Relay Chain and several parachains. After that, the network will grow to about 100 parachains.

The roadmap of specific steps can be found in the figure below.

Polkadot is a very potential project. Behind it are the founders as well as investors and partners with reputation and experience in the crypto space. It helps connect blockchains together, increases scalability, and transaction speed, so it is very suitable for current hot DeFi platforms. In addition, the ROI of the DOT token is currently low and there is a high possibility that the DOT token will be listed on Coinbase. Therefore, the potential for a DOT token increase in the future is enormous.

Choose a Trading Style That Suits Your Personality

Decentraland (MANA): Everything You Need To Know