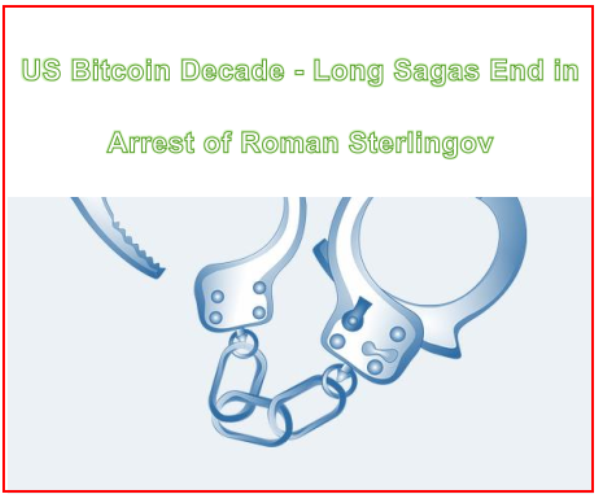 Officials in the US have arrested Roman Sterlingov, on suspicion of operating Bitcoin mixing services. The suspect will answer charges with links to money laundering estimated at $336, spanning over a decade.

Notably, US authorities have not been after operators running services on  Bitcoin mixing.

An affidavit by Devon Becket from the IRS Criminal Investigation Special Unit, Bitcoin Fog enables customer transfers of Bitcoin with obfuscation of source or originators. The service launch was in 2011, and records show transfers amounting to 1.2 million BTC (valued at $335.8 million at the times the transactions took place. It’s suspected that clients sent BTC from Agora and Silk Road 2.0, AlphaBay and Evolution.

Further, the affidavit claims Bitcoin from hacks on exchanges went through Bitcoin Fog. Bitcoin Fog has no registration for money services and also has no licensing to operate in Washington DC.

According to the affidavit, Federal investigators estimate the figures by using blockchain analysis and several funds sources.

Beckett said, “While the identity of a Bitcoin address owner is generally anonymous (unless the owner opts to make the information publicly available), law enforcement can often identify the owner of a particular Bitcoin address by analyzing the blockchain.

IRS agents successfully verified Bitcoin Fog to be a mixing service by sending a transaction through. Another claim shows a transaction aligned to narcotics went through the service.

Apart from additional investigations, further evidence in the file charges on Sterlingov arises in the form of:

A Great Alternative to Binance to Trade Cryptocurrency Futures