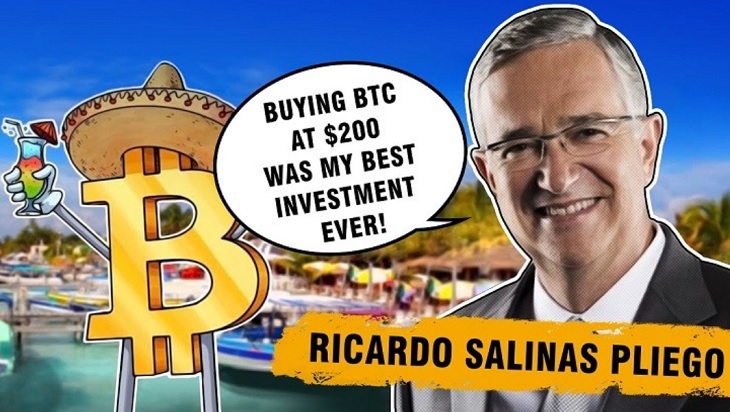 The 3rd richest billionaire in Mexico changed his biography to Bitcoin

On January 30, Elon Musk changed his Twitter status to Bitcoin to show interest in Bitcoin. But not long after, he returned to support his love of Dogecoin. Most recently, another Mexican billionaire, Ricardo Salinas Pliego, has changed his Twitter profile to Bitcoin, it seems that the Bitcoin fever is slowly approaching and changing the perspective of major investors in the world.

Ricardo Salinas Pliego, chairman of Grupo Salinas Group and the third richest person in Mexico. The billionaire with an estimated net worth of more than $ 13 billion updated his status with the Bitcoin (BTC) hashtag on Feb. 6, after which the Twitter community and more than 840,000 followers noticed a change in the price of Bitcoin as the digital asset rose by more than $ 40,000 after 23 days of intermittent trading below this price.

Jay Hao, the CEO of exchange Okex, also posted the announcement welcoming Ricardo Salinas Pliego to the Bitcoin community in the hope that this support will spur BTC’s future growth.

Salinas revealed he bought Bitcoin for the first time at $ 200 in 2013, then sold it during a 2017 bull run when the price reached $ 17,000. He describes crypto as the best investment ever. In November, Salinas said that 10% of his liquid assets were invested in BTC. The 65-year-old billionaire bought in before Bitcoin’s price climbed to an all-time high in December, more than doubling his investment. He said he has no plans to sell off any cryptocurrencies for at least the next five years.

Salinas is not the only billionaire who uses social media to drive cryptocurrencies. Elon Musk has also continued to push the Dogecoin (DOGE) cryptocurrency lately. DOGE prices have risen almost 600% in the past 30 days, caught up in investors’ pumping and dumping efforts on Reddit and Elon Musk’s support on Twitter.

Bitcoin and Altcoins – the Dotted Connections