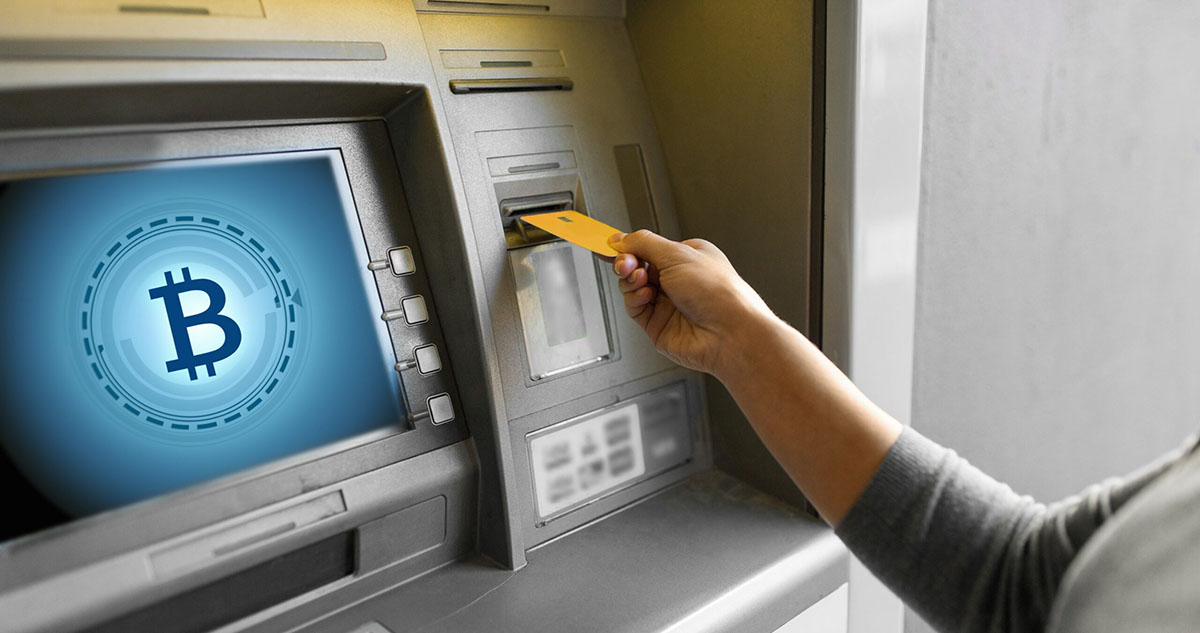 How to Use Bitcoin ATM

You may be wondering, how do I send cash to someone in a comfortable, quick, and with some degree of anonymity. Well, look no further, Bitcoin ATMs to the rescue.

Even though not all BTC ATMs offer full anonymity, you might still find some that meet your privacy needs. Let’s reveal some details about BTC ATMs and how you can purchase or sell BTC/Altcoins in this article.

Bitcoin ATMs function like your traditional fiat currency ATMs, with its main features of bringing a physical Bitcoin BTC exchange near you.

The first Bitcoin ATM in the world was launched on 29 Oct ’13 at Waves Coffee Shop in Vancouver, Canada.

Bitcoin ATMs are electronic devices made up of a cash dispenser, scanner, printer, and computer input/display units to manage transactions.

When you buy Bitcoins at an ATM, you get the BTC dispensed to one of your mobile wallet or paper wallet created and printed out by the ATM.

When you buy Bitcoin from an ATM, the price you are given is based on the real-time exchange rate of Bitcoin retrieved from the internet, including a percentage service fee on that transaction.

Although most Bitcoin ATMs are designed for users to buy Bitcoin, some would allow you to buy bitcoin with cash or sell your Bitcoin for cash.

Ensure you read through the instruction on the BTC machine as transactions attract varied service charges on purchase.

How to use Bitcoin ATMs

Although bitcoin ATMs or BTMs are different in design, they all follow a general process for making BTC purchases.

2 Using the BTC ATM scanner, scan the QR code of your Bitcoin Address.

3 Some BTC ATMs require that you provide identification to proceed with your transaction.

5 Insert cash into the BTC ATM.

6 Wait a moment for the BTC machine to process and complete your transaction.

7 Confirm that the transaction is complete by checking your BTC online or hardware wallet.

Different BTC ATMs may add a little variation to their process but be rest assured that it is intuitive. Also, ensure to follow the instructions on the visual display for a seamless transaction.

Let’s go over a couple of BTC Bitcoin ATM manufacturers so you can be confident when carrying out the transaction on these machines.

Here is the world’s largest BTC Bitcoin, cryptocurrency, and Blockchain ATM manufacturer, and has so far sold more than 5.1K  machines in over 60 countries.

General Bytes’ BTC ATMs has support for over 120 different fiat currencies and more than 40 cryptos.

There are currently three BTC ATM models manufactured by General Bytes, and they are BATMTWO, BATMTHREE, and BATMFOUR.

The BATMTWO model can be mounted on a wall or stand freely in a secured location by design.

It has support for only crypto purchases, with an inbuilt finger scanner for Anti-money laundering, and Knows your customer (AML/KYC) compliance. It is currently selling for 3249 USD.

The BATMTHREE BTC ATM allows users to sell or buy Bitcoin and other cryptos, which costs roughly 5999.00 USD.

General Bytes’ latest model is the BATMFOUR. It has all the features of the BATMTHREE, like buying and selling cryptos, and the machine owner can configure it as desired. It is currently selling for 6499USD.

Second on our list of Bitcoin ATM manufacturer Genesis Coin Inc, a company based in San Diego, US.

The company offers three BTC ATM models, which include Genesis1, Satoshi1, and Finney3.

The Genesis1 BTC ATM has both buy and sell functions, alongside added features like bill validator, EMV card reader, barcode scanner, thermal printer, and an optional fingerprint reader. It sells for 14500USD.

A second product at second place by Genesis Coin Inc is the Satoshi1. It is way smaller with a 21inch screen compared to Genesis1, and it comes in two models: a 1-way model and a 2-way model.

The latest product by Genesis Coin is the Finney3. It is the smallest in the series and a 1-way BTC ATM, with features similar to the Satoshi1. It costs 4500USD.

This Switzerland based company is famous for being the oldest BTC ATM manufacturer, being in business since 2013.

The machine’s technology is open-sourced, meaning the machine owner can manually add new coins as needed.

The machines include Gaia, Sintra, and Sintra Forte.

The Gaia BTC ATM weighing at  25Kg is a buy only BTC ATM that can be mounted on a table or wall, and it sells for 3700 Euro.

The Sintra BTC ATM is built up with 2.5mm steel sheets and a glass interface. It has components such as a custom-built computer board and a backup battery pack, tamper sensors, 3G internet connection, and front door control.

The Sintra Forte by Lamassu is roughly 20% larger than the Sintra, coming with an electronically controlled vault lock.

The steel sheets used in its construction are thicker than that of the Sintra at 6mm and have other components like a note dispenser, note validator, and a computer board.

How to Locate a Bitcoin ATM

CoinATMRadar.com is your first point to search for a Bitcoin BTC ATM near you.  On the website, you can also see all the Bitcoin ATMs in the world should you want to travel and still exchange Bitcoin.

Other BTC ATM finders for those in the US are Coinflip.tech and https://coinsource.net/bitcoin-atm-locations/.

You can also search for ATMs that support Altcoin transactions on coinATMRadar.com; be mindful of the transaction fees that come with the orders.

So, with Bitcoin BTC ATMs, you have a quick, convenient, and in some cases, anonymous way of selling or buying Bitcoin.

However, you may want to consider the transaction fees as different BTC ATMs have varying fees.

How to Buy and Sell Cardano (ADA) Futures on BTCC

How Much Money Is Required To Trade CFDs? 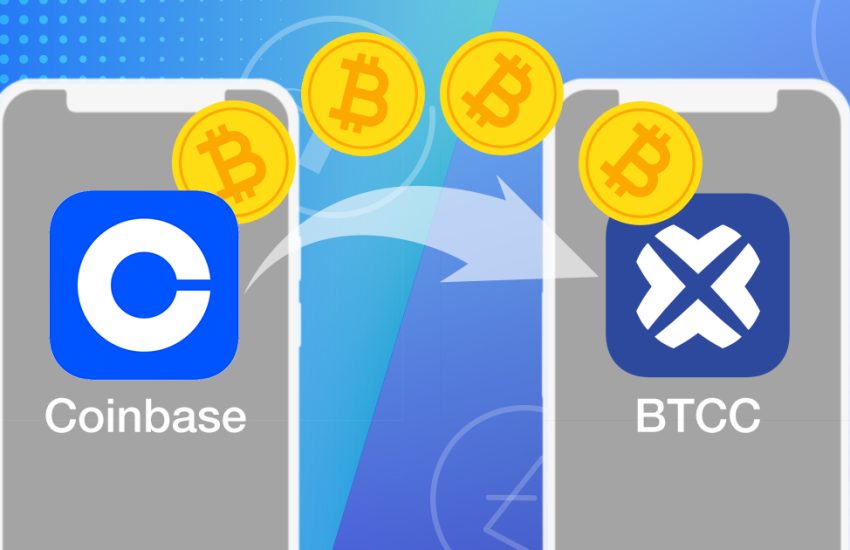 How to transfer crypto from Coinbase to BTCC 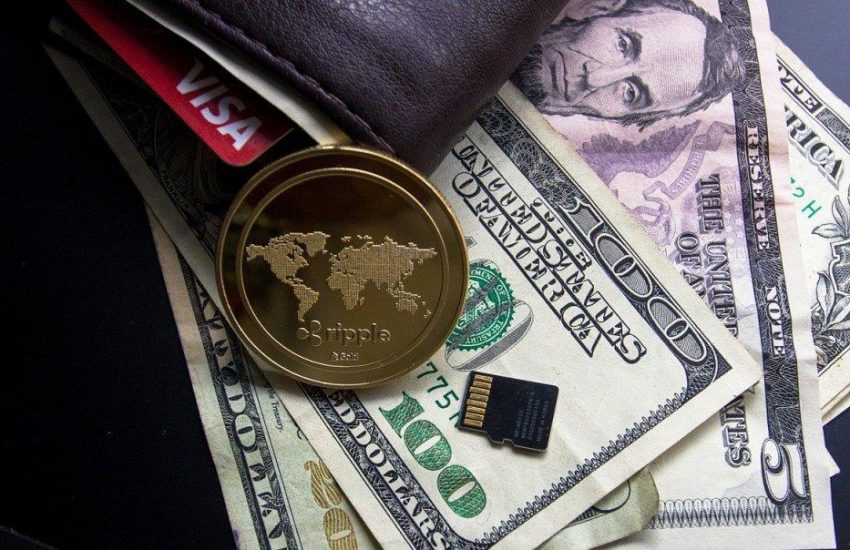