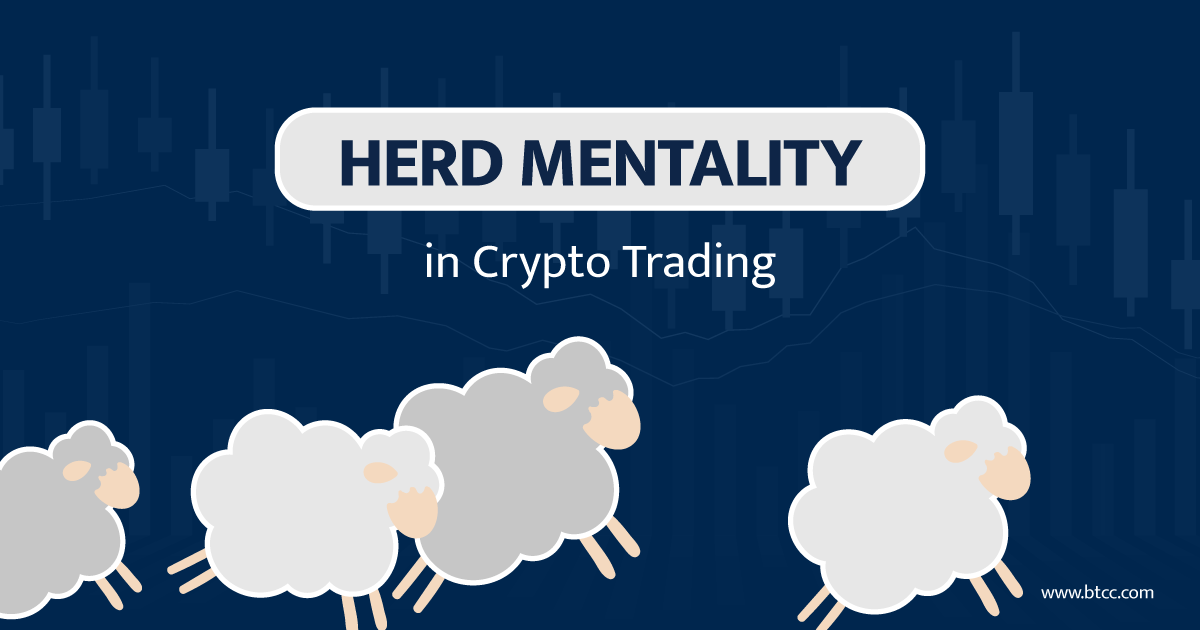 Herding is defined as the collective irrationality where people rationalize their action based on the phenomenon that other people are acting the same. The term herd mentality was introduced in 1841 by Charles Mackay, whose uses to describes and link the economic bubbles with a social phenomenon known as the ‘madness of crowds’.

One of the earliest examples is the dotcom bubble during the period between 1990s to 2000s. Investors at that time keep buying stocks related to internet without understanding thoroughly the fundamentals of the companies. The price of internet stocks plummeted soon after.

In the crypto market, the ICO hype in 2017 is considered to be the early example associated with herd mentality, where words such as “token sale” and “blockchain” become the buzz word that associated with “get rich quick” scheme. However, most of the projects are simply just scam.

During the 2017 crypto bull run, many traders especially those who are new to the crypto space bought the crypto at the top of the market. For example, when the price of Bitcoin was trading at around $15,000 to $19,000 in 2017, people are more inclined to buy and take part as they feel “safe” because almost everyone are participating in the run.

The recent Bitcoin all-time high of around $42,000 also reflect similar trend, where there is an increased retail participation on crypto exchange platforms. The main driver for this new bull run is believed to be driven by institutional interest. Fear of Missing Out (FOMO) is an important factor for this institutional and retail drive.

Herd mentality doesn’t necessarily mean the bad thing, you can stay fully aware of such phenomenon in the market while taking advantage of you know and apply to your investment trading strategy.

It is also very important to differentiate between herd mentality and market sentiment. Market sentiment is defined as the general attitude of the majority of investors toward a specific security, while herd mentality means a bunch of people doing something simply because other are doing the same thing.

Another essential thing to bear in mind is that there is a likelihood that majority of investors are actually know what they are doing, and they have a strong and valid reason in doing so.