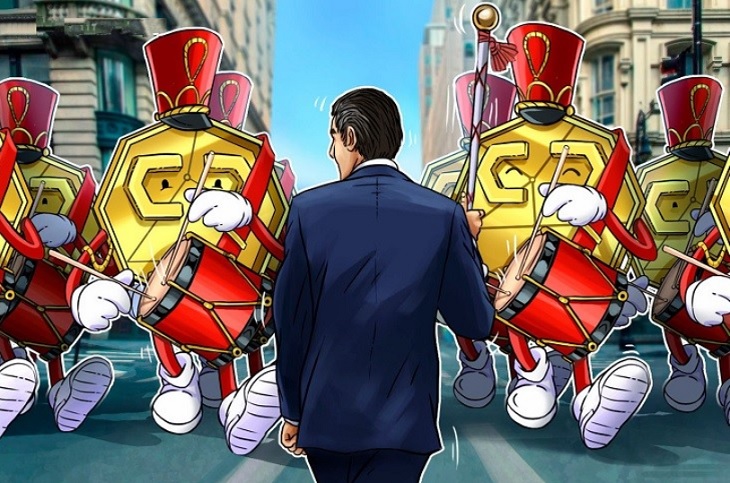 Three months after resigning from the SEC, Jay Clayton joined the advisory board of crypto investment manager One River Digital Asset Management. According to the announcement on March 29, Clayton, along with Kevin Hassett of Lindsey Group and Jon Orszag of Compass Lexecon, join the company’s newly formed academic advisory board.

Although Clayton’s exact role in the advisory team is not specified, One River chief executive Eric Peters says his goal is to bring together outstanding individuals with experience in policy and policy. different law provisions.

Clayton served three and a half years at the SEC before resigning on December 23, 2020. His tenure was highlighted by a significant increase in monetary measures, which could reach more than $ 14 billion and billions of dollars being returned to harmed investors as well.

He was also in the crypto bull market as the Bitcoin (BTC) frenzy peaked. In 2018, the former SEC chairman was a huge supporter of ICOs. He said that all ICOs are not scams, even according to him, ICO is a fundraising option “effective”, as long as the securities laws are complied with.

However, this next destination for Jay Clayton is perfectly reasonable given his experience and support for cryptocurrencies. One River Digital Asset Management also emerged as a new “giant” of Bitcoin by the end of 2020 by raising $ 600 million.

At the time, the company said it expected to own around $ 1 billion worth of BTC and Ether (ETH) by the first half of 2021. Those targets may have been met, given the price hike. this year ‘s rapid growth of crypto assets and the help of the former SEC chairman.

Tuesday Talk: Is Sky the Limit for Solana’s Potential?