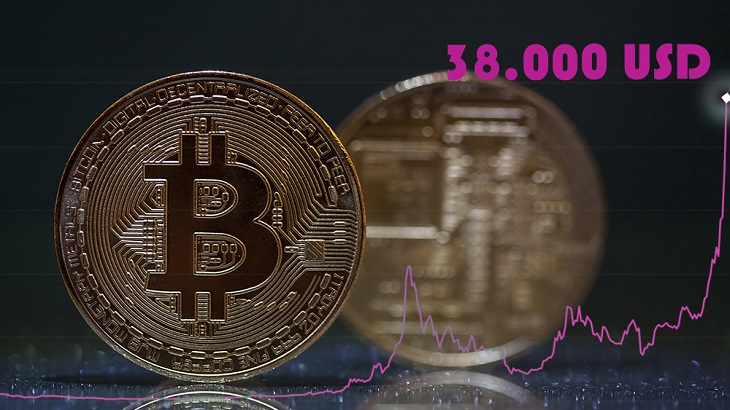 Does Bitcoin still have the strength to pass the resistance of $38.000?

Bitcoin’s recent gain above $ 37,000 is the second time the coin has surpassed this level in the last five days. It is this release that has raised many questions for investors.

Around this time, there was no bearish signal from miners, the flow of stablecoins into exchanges’ wallets increased significantly over the past week, of which, the move from Coinbase was the most notable. The outflow of money from Coinbase could be attributed to the growing interest in institutional investors in Bitcoin and the maintenance of keeping Bitcoin as reserve and demand assets on both spot and derivative exchanges…

The flow of stablecoins into whale wallets is a strong indicator of Bitcoin’s bullish direction. Traders also sometimes rely on this indicator to predict an immediate bullish move, short-term top or trend reversal, regardless of other indicators and overall market trend. The recent increase in the number of whales and the concentration of Bitcoin HODLers has created a surge in demand in the market and it could be the cause of the price increase. As a result, the current BTC price is reflecting the interest of traders, adjusted for its risk-to-return ratio and short-term volatility.

This will determine the length of time in which the active supply will decrease and Bitcoin will continue to leave the wallets on the exchange. Also, contrary to popular belief, the current amount of BTC is distributed in a much less centralized way than reports and becomes even more distributed over time. However, with each growth, the number of Bitcoins “stocked” by institutional investors increases, indicating an increase in demand in the long term.

Highs of Bitcoin, Ether and DeFi