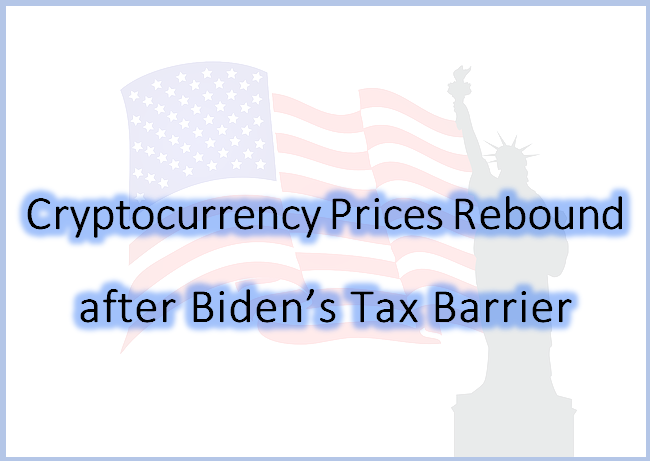 Cryptocurrency markets made a comeback from a weekend of losses. That also follows last week’s pullbacks following President Biden’s hints on taxation of digital assets. Monday’s Asian markets showed positive sentiment as US Congress is considering the tax hikes.

Consolidation of Bitcoin (BTC) hangs at around US $52,000 and seemingly garnering momentum to US $54,000 – a key support area over the last week. BTC has chances to hike again if it gets past that resistance mark and having made several retests.

Sentiments indicate towards uptrends, despite the last dive hitting US$47,000

Monday’s real-time figures show Ethereum (ETC) has surging towards 13% and pointing towards stability at the range of $2,400 and $2,500.

With markets plenty with the sharp comeback, it shows how volatility can be ruthless at times. Those panicking with emotions from last week’s losing streak are in mixed feelings.

Could their leverage levels have helped hold on to the pullback? With they jump into the seeming up trending bandwagon?

Concurrently, the sharp comeback may only be a short-term resistance towards a more prolonged downtrend. Or even a pullback towards new higher-highs. Who knows? Instances like the comeback may require speculators to keep off the choppy and ranging prices.

If resident Biden slams the Bill into Law, the wealthy residents will be most hit with capital gains taxes shifting double from 20 to 40%.

In actual terms, New Yorkers and Californians earning above US $1 million per year will contribute an approximate of over 52% in taxes.

On the flipside, Skeptics mount regarding whether the US congress will adopt the proposal unanimously. A good m number of Democrats and most Republicans are most likely to oppose the proposals.

The current situation cast huge uncertainty across many investors – home and globally. It’s only a matter of time, and until it’s over, the doubt stays hanging.